DPI, more of a neologism than an abbreviation, has been a talked nineteen to a dozen among both novices and nerds. For those who are running about a quart low, DPI elucidates to Dots Per Inch. DPI is about the sensitivity of your mouse. DPI defines how many dots/pixels per square inch. You can verify that with the cursor on your screen when it moves. It’s the measurement of the speed at which the mouse (pointer) moves on your screen w.r.t. the distance you cover by physically moving the mouse. The more the DPI, the longer the cursor movement. On an 800 pixel screen with 800 DPI setting, you’ll have to move your mouse by one inch. 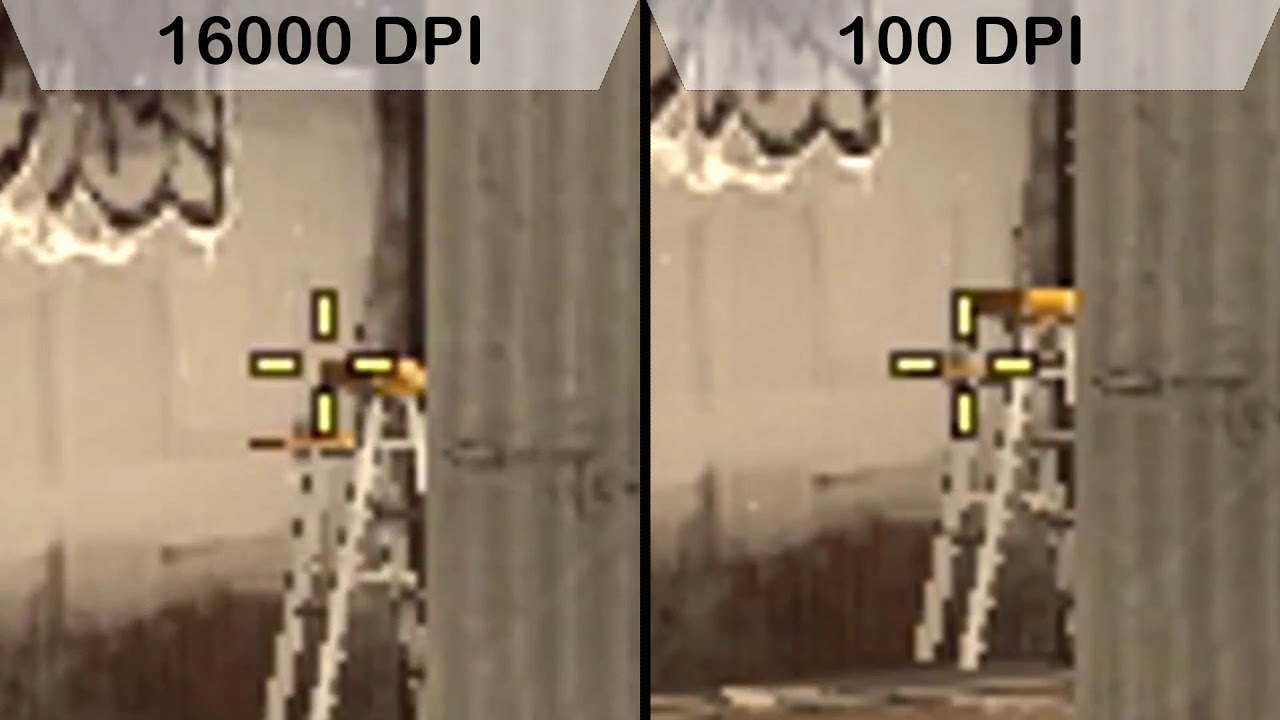 DPI ratings in gaming mice have undergone a metric rise in numbers. But how much do you need? Let’s discuss.

DPI IN GAMING: THE IMPACT

Let’s begin by breaking the myth: Higher DPi is a boon— it is not. You’ll need god-level hand precision for that. *Secretly nods in Harry Houdini* When you purchase a game, you initially set up the Controls part to compose the gameplay as per your comfort. Like other factors, sensitivity becomes a building block during the gameplay process. You can observe it during FPS or Battle Royales. Let’s take an example.

The above image is from the recently released game Apex Legends Season 7. Here you can look forward to experimenting with the DPI settings. Let’s assume you have a pistol and have a few enemies approaching and you come to a standoff. Now if you fall into a tactical approach and have incoming enemies around you, you need to manoeuvre your mouse accordingly. If you have a DPI setting of 1000 and have to move a distance of 1000 pixels, you have to move your mouse for one inch to shoot with your pistol. Now imagine being in the same scenario with a DPI setting of 3200 which is 3 times more than the previous setting. In this case, you have to move your mouse for 1/3rd of an inch before you can frag that SOB. This will literally give you the feels (read chills) of faster gameplay. Let’s take another situation.

In this scenario, you have a sniper in hand but with the same (3200) DPI setting. Once zoomed in, you know how sensitive even in the slightest of the mouse movement will be. Let alone the headshot, you’ll be searching helter-skelter to locate the enemy. That’s why you need a sniper button in the gaming mouse. It allows the DPI to be lowered to a lower level (say 600) so that you still have that ease of moving your sniper scope and go all killuminati!

The key is consistency; don’t depend on factors like mouse acceleration to gain sick skills. Similar is the case with enhanced pointer precision, which you do not need as it calculates your pointer speed and DPI adjustments which are haberdashery calculations that shouldn’t give you bellyaches.

‘Tis one critical aspect you need to know. You may think that enhancing the DPI of your gaming mouse may augment the mouse sensitivity. DPI is a hardware setting, it’s more physical in contrast to sensitivity which is software-based. The latter is optimised via OS settings in Windows and Mac.

You can have a moderate DPI setting with high sensitivity or the other way round. In fact, you can have any permutation and combination during in-game according to your ease. Many try to increase mouse sensitivity with low DPI, which is not an idyllic situation for gaming. This is evident when software sensitivity is asked to expiate for hardware with low DPI. You’ll experience jarring performances, especially when you zoom in on something, say while using binoculars or a scope during the game.

BUYING A GAMING MOUSE? HERE’S WHAT WE RECOMMEND

Well, of course, there’s Razer and Corsair to max out on your gaming venture. But you can’t peak at the beginning. Now’s the time to observe and experience. That’s why the Quantum Snype 1.0 gaming mouse is a dope merch for having a whale of a time while you game. It has 4 DPI levels (1000, 1600, 2400 and 3200) which make it easier for you to find out which DPI and sensitivity combination works best for you.

If you’re a night owl, you’d love to find out the breathing effect the LED-backlit mouse produces. A unique feature that makes it a sanguine investment are the two side weights that have been added. You can remove and add on as per your convenience. Other than that, it has 7 customisable buttons (with the Sniper button too) and sharp designs that evoke a Transformers vibe. And the price- well, it’s less than half a Grand!

WHAT IS THE BEST MOUSE DPI FOR GAMING?

It all comes down to the type of gaming and what comfort levels you inherit. It is generally recommended that a 1000-1600 DPI for games like CS:GO is (generally) feasible but if you become a pro-gamer you can play it as easily in 3200 DPI as well. For FPS and story-based games like GTA V, Red Dead Redemption 2, Last of Us, etc. you can lower the DPI a bit.

HOW DO I CHANGE MY MOUSE DPI FOR GAMING?

If you have a gaming mouse, then it should have at least 3-4 additional buttons apart from the standard 3. On the surface of your mouse, you’ll have your DPI button which will also act as your sniper button. Upon pressing it, a pop-up screen will display the new DPI settings from where you can alter the sensitivity as per your requirement.

WHAT IS THE DIFFERENCE BETWEEN A MOUSE AND A GAMING MOUSE?

There are vehement differences between the two. The primary difference is easily deductible by their looks— a normal mouse has the standard three-button setup, at times four whereas a gaming mouse has at least 6-7 buttons with customisable settings. In the gaming mouse, there is always the option to alter the DPI settings as per your comfort along. Also, standard mice have around 1000-1600 DPI but gaming mice can have around 4000 DPI or more. The on-the-fly DPI button on the gaming mouse is present to optimise the DPI settings during the gameplay.

ARE WIRED MOUSES BETTER FOR GAMING?

A wired mouse can be a better alternative than their wireless counterparts because it’s a bit faster and has a better response time. The connectivity is comparatively more stable with minimal input latency. This paves the way for the ultimate gaming performance. Also, they are much more affordable.

ARE HEAVY MICE BAD FOR FPS?

This too is subjective. People generally root for a not-so-heavy gaming mouse for First Person Shooters as the gameplay can get extremely rapid and they need faster movements. In such a case, the Quantum Snype should be on your radar. Along with a pantheon of amazing features, the mouse has two adjustable side weights which can be lessened and added as per your comfort.

There are no comments

No products in the cart.